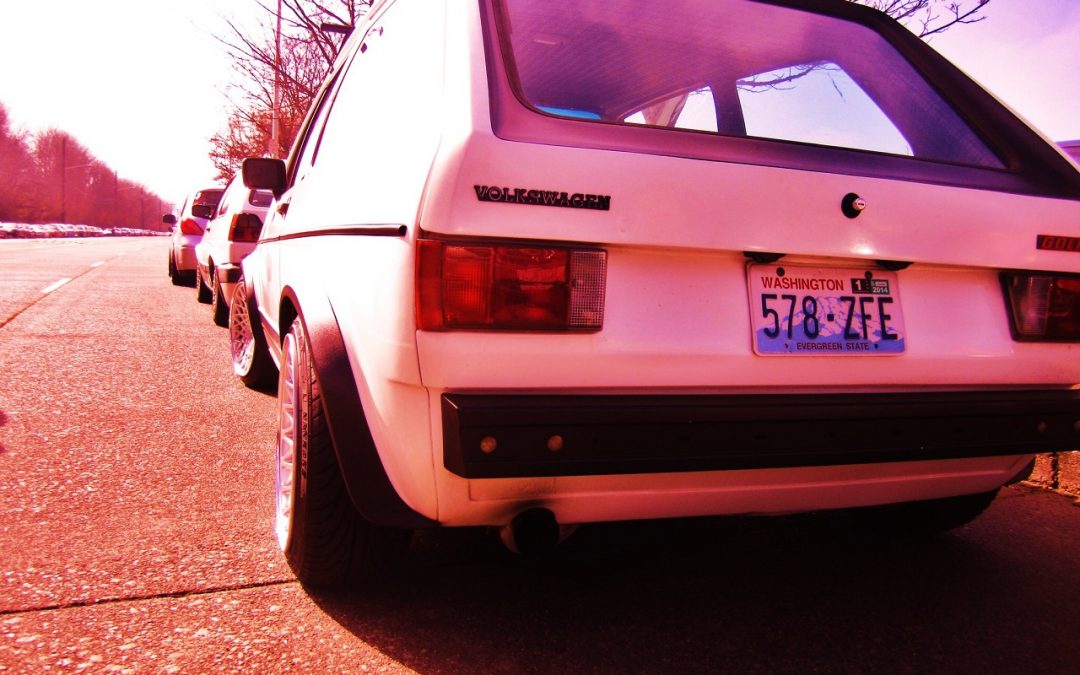 A big thanks to our friend Dave Tant, part owner and mechanic for a towing company in Cleveland OH for his perspective on our favorite Rabbit, the MK1.

As a mechanic and driver for a tow truck service in Cleveland, I secretly enjoy working on and driving the old utilitarian designs of the late 70’s and early 1980’s, but none more than the Volkswagen Rabbit (or Golf?) MK1.  While I was a little too young to be pulling a wrench when these were first shipped over the pond back in 1975, I can imagine the perplexed looks on mechanics faces when first encountering this unique aesthetics and design of the model.

I am getting ahead of myself however. First, let’s take a history lesson… 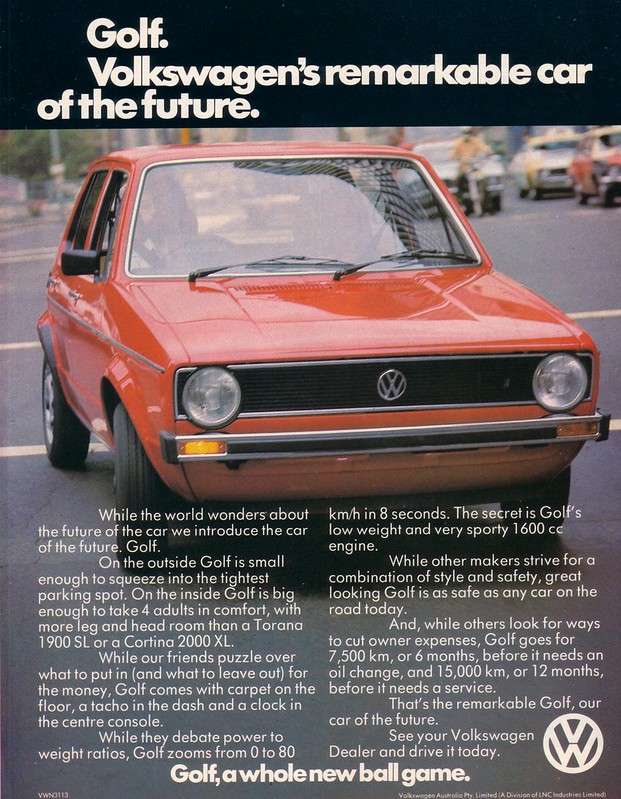 The Volkswagen Rabbit was brought over in the US in 1975, brought over because in essence the Rabbit is just a Volkswagen Golf MK1, the same “Golf” name that is still kicking and loved by many people around the world.

The Rabbit was and is a truly iconic car, because it had to fill in the boots of the beloved and renowned Volkswagen Beetle. Not an easy task by any stretch of the imagination. Now, as it was previously mentioned, in essence the Volkswagen Rabbit and the Golf are exactly the same with just a different name, but that’s not entirely true.

Early Rabbits were imported from Germany, but soon after the Rabbit was produced locally in a plant in Pennsylvania with the purpose of developing a Golf better suited for the American market. Moreoever the later Rabbits showcase a different design than the European Golfs, and early Rabbits have a softer ride and objectively cheaper interiors compared to the European Golfs. Seeing how we’re focusing mainly on the GTI, these changes also apply to the Rabbit GTI.

Why would you want a Volkswagen Rabbit GTI?

Having a certain desire for a specific car is a very subjective topic generally, but there are plenty of objective points of view of why the Volkswagen Rabbit GTI is a wonderful classic car. One important factor is their rarity. Owning a Volkswagen Rabbit GTI is practically an investment. There are less and less of them around and having a total of 30,000 units built in Pennsylvania indicates that there aren’t many to begin with.  Following the law of Supply and Demand, a well-maintained Rabbit GTI will fetch a pretty penny.

It is very novel, especially in the US market where hatchbacks aren’t particularly common to begin with. A square-ish hatchback built in the late 70s and early 80s isn’t something that you will see everyday. And last but certainly not least, the Rabbit GTI is objectively fun, even if it’s probably slow by today’s standards. There’s a very surreal experience when you are flooring it and hear the engine scream and realize after a bit that you haven’t even reached 60 mph yet, and that’s on top of how nimble it is.

Exterior and the interior

On the outside, you are seeing something very specific that you won’t find anymore. The Volkswagen Rabbit GTI is a small, blocky looking car. To have some from of comparison, its length is 155.3 inches, and its width is 64.2 inches, compared to the MK8 Golf with a length of 168.7 inches and a width of 70.4 inches. A car very similar in size with the Rabbit is the Mazda Miata NA, and that’s considered without a doubt a small car. The Rabbit got a facelift in 1981 which changed the front headlights and made them square and made them stretch a bit along the side of the car, something that only the US Rabbit has.

As original colors go, initially you could only get a Rabbit GTI in either white, black, or red, but later you could get all the colors such as silver, cream, or racing green. On the interior the Rabbit GTI is quite refined but definitely old-school. The interior was either red or blue felt tartan-like pattern and leatherette. The dashboard is very simple and blocky, with very few buttons to show which is a very nice change of pace from today’s standards. Overall, it is surprisingly luxurious on the inside, not something that you would expect from a small sporty car.

The Rabbit GTI came with two engines, a 90 hp 1.8L one codenamed JH paired to a close-ratio five-speed manual transmission or a 100 hp one for the 1984 model year. This engine is transversally mounted and powers the front wheels. When you open the hood, you are presented with a very plain looking engine, but you also see plenty of room to work with. So if you want to tinker at the car yourself you have plenty of space to do so.

If tinkering is really your concern, please bear in mind that parts might be pretty difficult to find. The suspension is a regular MacPherson strut found even in today’s cars with a torsion beam axle in the rear.  What’s worth noting is how light the car is, weighing in at around 850 kg (1870 lbs). If you do some simple math, that’s 118 hp per ton, which isn’t bad rivaling smaller and older sport cars such as the Mazda Miata NA.

A small car with a rev happy engine, along with a close-ratio gearbox can only bring you joy. Driving on smaller mountain roads is wonderful because you can constantly remain at whatever rpm you want and accelerate briskly out of corners with good torque in the mid-range and allowing you to rev match with ease with good pedal feel and pedal placement. The ride is surprisingly soft, and a lot more composed over rough pavement than you would expect, but still sporty.

Despite the soft ride, the car doesn’t hesitate, it will keep rotating into corners showcasing a lot of balance and control which on one hand you would expect from a car this small, but you wouldn’t expect from anything other than probably a Porsche or Lotus.

The Volkswagen Rabbit GTI is, even if doesn’t look like it on paper, peculiar.  To put it another way:  it is an exceptionally balanced mixture of brutality and refinement as only the Germans could produce.

And if that didn’t properly explain it, try this:  you are getting a blast of the past, a very nimble and agile little car, a funky car that can kill you if you are not careful, but it promises you with puppy eyes that everything is going to be alright.